Slightly off-topic for this site, but I am constantly amazed by the UK Government’s ability to waste money within it’s own operations and withdraw comparatively small amounts from really useful projects thus crippling them and the benefits about to be reaped from the investments so-far made. The UK’s funding cut is about to exclude us from the multinational Gemini project as reported on the bbc news site. This I think is particularly short-sighted (excuse the pun) and it feels like the rug being pulled from under us. Particularly after projects such as Galaxy Zoo have done such a good job of increasing awareness and participation in this science.

If you are UK based and wish to stand against this decision, there is a Downing Street petition you can sign. There is more information and more actions you can take on the save astronomy site.

This week it is a biggie with contributions from Adobe’s Serge Jespers and James Ward presenting Flex 3 AIR and Vega.

The event had reached capacity but with a new venue organised and more capacity, if you couldn’t sign-up over the last couple of weeks, you now have another opportunity.

Again it looks like a couple of really interesting subjects on 31 Jan:

More information is on the LFPUG site

I looked at using PureMVC previously for a simple tennis game, but left it aside in favour of building MVCish classes independent of any ‘framework’. I look forward to seeing if this decision saved or cost me time.

I haven’t got around to the obligatory 3D stuff yet. Personally I’ve always found it a bit of a red-herring, and one where the cost:benefit often falls short. So I’ll be particularly interested in seeing examples of good use.

I finally got to see Brazil on the big screen last night (22 years after it was released!), at the Prince Charles Cinema in London. 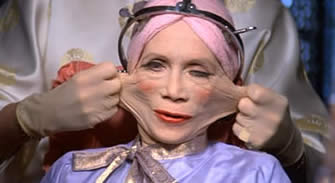 Quite a difficult film so sit through, but contains some iconic scenes and well worth the effort. Shows what can happen when a bug literally drops into the system where you have a labour intensive, but highly mechanical totalitarian bureaucratic state. Which leads my thoughts to the recent facebook conspiracy or reality posting.

Looking forward to this month’s LFPUG meet-up on the 26th July and seeing what can be done with a Wiimote and a Make Controller Kit. Full details on the site.

This seems to be the month for it. Two events of endurance. Both have personal friends participating…

Feeling the need to get off my backside and do something worthy myself – maybe next year.

OT for this blog. However… This being St George’s day, and unusually we bothered to make an effort. Thanks to Spamalot, in Trafalgar Square, we broke the world record for the most people playing in a coconut orchestra. At 5567, quite a few more than New York’s previous record of 1785. It would have been much higher, but we ran out of coconuts. Pythons Terry Gilliam and Terry Jones made an appearance. at the foot of Nelson’s column. Big Ben on the skyline. The 5,000+ audience still equipped with coconuts joining in wherever a clip and clop might be required.

Back to computing stuff next.

One not to miss!

I have no intention of turning this blog into a campaign site, but feel the need to doff-my-cap to the FACTOFF site. Irritating as it is, the FACT impact on the consumer is dwarfed in my opinion by the potential for corporate abuse of DRM and software patents.

There are of course more important issues out there such as…

Accessibility was always one of my chief concerns back when my work was XHTML/CSS. Since moving more into ActionScript development it has I’m afraid to say slipped somewhat, relying on the usual approach of Flash site with HTML backup. Niqui’s presentation I hope will help me get back into the habit of integrating accessibility into the process and maybe get away from needing a HTML backup?